The goal of the Warren County Assessors Office is to provide the people of Warren County with a web site that is easy to use. You can search our site for a wealth of information on any property in Warren County.

The information contained herein reflects the values established in the “most current published” tax digest. *Please note that the Assessors Office establishes values only. The Warren County Tax Commissioner should be contacted with tax bill related questions. 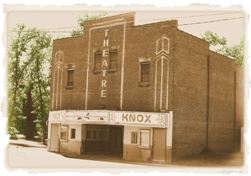 Did you know?
Warren County was created in 1793 from parts of Columbia, Burke, Richmond and Wilkes counties. Georgia’s 20th county was named for Revolutionary War hero, General Joseph Warren, who was killed in the Battle of Bunker Hill.

The City of Camak was named for James Camak, a newspaper editor in Athens and the first president of the Georgia Railroad.

Warren County claims to have had the first Rural Free Delivery system, initiated in 1868 by several farmers near Norwood. The six men hired someone to deliver the mail to their farms in return for room and board.

The county is home to several local parks, as well as a hunting preserve.

General LaFayette visited Warrenton in 1824, and a ball was held in his honor at a local home which is still standing.
Source: georgia.gov