The goal of the Turner County Assessors Office is to provide the people of Turner County with a web site that is easy to use. You can search our site for a wealth of information on any property in Turner County.

The information contained herein reflects the values considered to be a “work in progress”. *Please note that the Assessors Office establishes values only. The Turner County Tax Commissioner should be contacted with tax bill related questions.

Did you know?
Turner County was created in 1905 from parts of Dooly, Irwin, Wilcox and Worth counties. Georgia’s 143rd county was named after Henry Gray Turner, a captain in the Confederate Army who was captured at Gettysburg and later served in the state legislature, on the State Supreme Court, and in the U.S. Congress.

Until the 1920s, when the boll weevil struck, Turner County farmers planted over 30,000 acres of cotton. Unable to continue growing cotton, Turner County instituted Georgia’s first “cow-hog-hen” programs, beginning an age of diversified farming that spread throughout the state.

Shingler Heights, five blocks of residential buildings and one institutional building in Ashburn, was constructed from 1895 to 1937. The district is listed on the National Register of Historic Places. Its most elaborate structure is “Sparrow’s Nest,” built by a local turpentine and agriculture entrepreneur, J.S. Shingler. Many of the homes in the historic district were built by Shingler’s relatives. 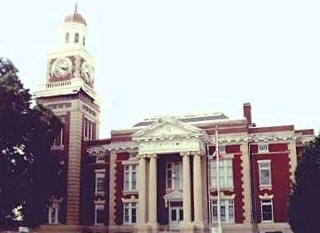 Other entries on the National Register are the Ashburn Heights-Hudson College Avenue area and the Ashburn Commercial Business District.

Turner County is home to several endangered species on the Federal Protected list including the Florida Panther, the Indigo Snake, and the Southern Bald Eagle.

Ashburn, the county seat of Turner County, was incorporated December 26, 1890. The city was named for the early settler W. W. Ashburn, who purchased a portion of the future town site for ten dollars. The city’s original name was Troupville Crossroads.

There are a number of buildings in Ashburn that are listed on the National Register of Historic Places. Included on the registry are the Turner County courthouse, the Ashburn Heights-Hudson College Avenue areas, Shingler Heights and the Ashburn Commercial District.

Ashburn is also home to the Big Peanut Monument and a Peanut Museum. The monument was created to pay tribute to the peanut processing industry that allows the city to be nicknamed “The Peanut Capital of the World”. The Golden Peanut Company, considered the world’s largest peanut processing plant, has a facility in the heart of the city.

The city hosts the Fire Ant Festival held annually in March. The events include arts and crafts, music, a beauty pageant, a five kilometer run/walk marathon, a carnival, cooking contests and a skydiving exhibition.